Feat. The Music of Disasterpiece & M83

“I think that if one is faced by inevitable destruction – if a house is falling upon you, for instance – one must feel a great longing to sit down, close one’s eyes and wait, come what may.” – Fyodor Dostoyevsky

“It’s funny. We used to daydream about being old enough to go on dates, and drive around with friends in their cars. I had this image of myself holding hands with a really cute guy, listening to the radio, driving along some pretty road up north maybe. And the trees started to change colors. It was never about going anywhere really. Just having some sort of freedom I guess. Now that we’re old enough, where the hell do we go?” 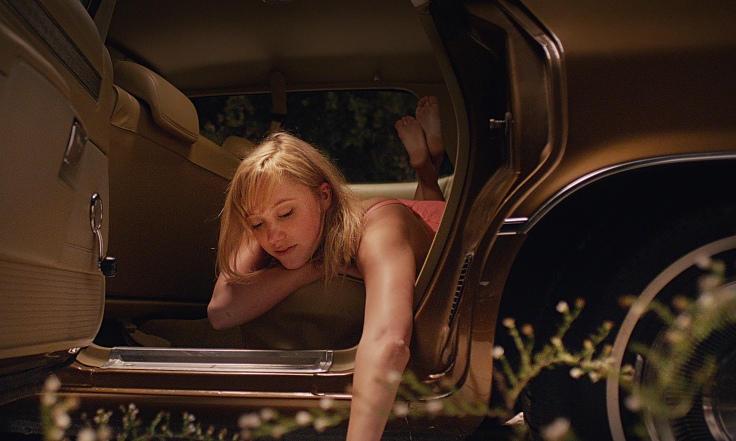 Jay asks the question somewhat facetiously as she lies prone on the backseat of Hugh’s car. The passenger door is ajar and the crown of her head protrudes from the cabin (resembling birth). She hangs an arm lamely to the grass as she speaks. The question, which at this moment seems merely a tepid observation, is about to become entirely urgent.

Imagine: a shapeshifting specter is somewhere on this Earth (somewhere in your neighborhood in all likelihood) and it is walking STRAIGHT FOR YOU. Time and space are irrelevant to this phantom. It will never stop hunting you. And when it finds you it will kill you. There is no telling how exactly.

Where the hell would you go? 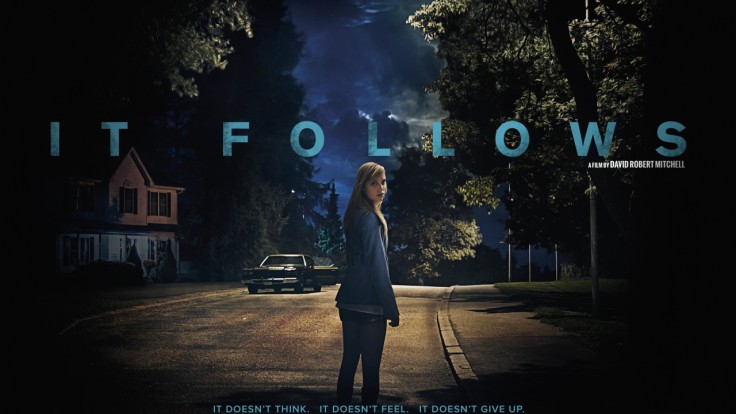 It Follows is a multidimensional, compositionally layered film like few I have seen. On the surface a top notch scare-your-pants-off, sexy horror movie. Dive a little deeper and it becomes a heartfelt coming-of-age tale. Sticking with the pool metaphor, at even greater depths we explore the psychology of human sexuality and romantic partnership. At the bottom, if you can pop your ears to get down that far, formidable, yet vastly important philosophical questions lurk. For example, how do we know what’s real? What is Time? And how might we use it to our advantage?

And, if you’ve made it that far, well then you know of course there is still the drain… If you are the truly daring type then you might venture to shove your pruney fingers in between the rungs of that rusty, slimey grate and, with a firm grip, heave it off… What lies beneath is an open invitation to confront our own mortality. Pull the plug and you’ll get the gist fairly quickly. Or, if you’re like me, swim right back up to the surface and towel off in the sun 😎 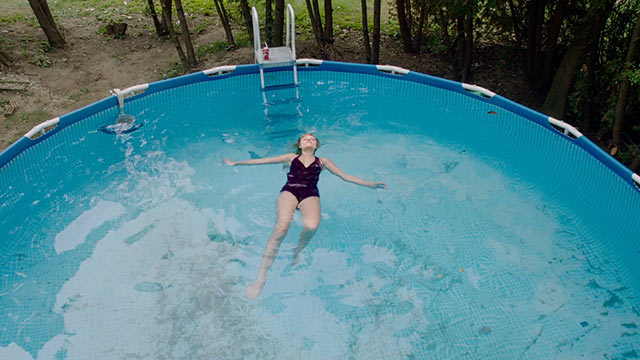 Jay floats in the impossible void between child and adulthood. It’s a space she knows rationally cannot exist, but which she nevertheless feels. And so it goes with the film itself, which is apparently set outside the space-time continuum. To ask when this story takes place is like asking whether it is possible to divide Time itself. If it were, It Follows would take place on the edge of that impossibly sharp razor wedged between the nanoseconds.

The time is so absolutely precise that it eludes us altogether, as if by a quirk of physics. So if you’re looking for the present tense all I can say is that your guess is as good as mine. Sometime between 1960 and 2020? ish?

It’s very difficult to say, given that the film is littered with artifacts from every post-modern decade. From clothing and hairstyles, to vehicles, houses, and other pertinent objects, including an old-fashioned black & white television set and a futuristic seashell e-reader (We are wise to pay special attention to the latter).

A Lynchian dream-like quality pervades the film (Weinberg). The anachronisms are but one of many factors contributing to this space cadet style cinematic atmosphere which is simultaneously ambiguous, unsettling, and beautiful. Or, as I prefer to describe it, like looking through the spectrespecs of Luna Lovegood.“You’re just as sane as I am.”

A brilliant synth-laden score from Disasterpiece (featured in the scene below) also contributes to the dreamy atmosphere.

{ A hypnotic synthesizer score commences, fashioning a sonic atmosphere of dreamlike melancholy. Five passengers sit inside the glass encased cabin of a steel blue car as it stirs the early morning streets of a lonely city.

From behind the passenger window, a pale and weary young face gazes out upon a grey ghost town. The streets are desolate like the dark and tired eyes of their beholder, a fair-haired teenage girl.

The camera shifts to her perspective and we are suddenly moving through this concrete jungle of abandoned houses, burnt-out factory buildings and boarded-up windows. Rusted brick walls, embellished with winter white graffiti.

The car veers into a residential neighborhood and we are now looking directly ahead of it, down a long straight street. Driveways protrude perpendicularly from either side like branches from the trunk of a tall pine tree.

Two adjacent rows of houses line the periphery. Heading down the street the optic flow feels distorted. My stomach sinks as space and time seem to warp around the car – we are moving too fast.

The car arrives at its final destination: the back of an old, empty house. The passengers exit the vehicle and make their approach toward the house. Grass rustles beneath their footsteps. A dog barks, birds chirp. 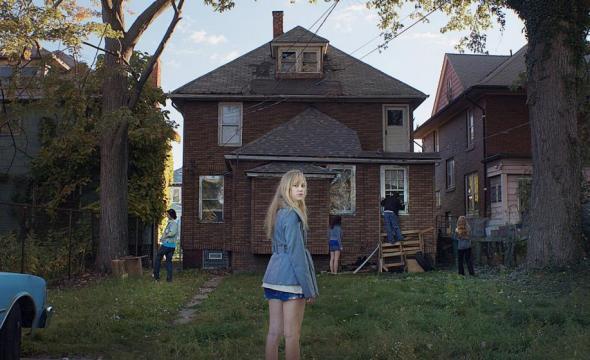 The gloomy synthesizer melody fades out behind the natural ambience of the scene, indicating that a presence of mind has been restored. Alterations of space and time have ceased. }

If the video above doesn’t work try watching it Here

So, think you’re brave enough to go watch this one? If you have already seen it, what’d you think? If you haven’t, I recommend you bring a friend when you do!