“Happiness can be found even in the darkest of times, if one only remembers to turn on the light.”

Hi, and welcome back to EFC’s A Harry Halloween. In the last post I pointed out the absurdity of how terrible Harry’s Defense Against the Dark Arts professors are each year. And, I raised the question of whether J.K. Rowling intended to use their ineptness as a springboard to comment on some shortcoming of western public education.

In between the bad, Harry had one truly great DATDA professor, however. His name was Remus (R.J.) Lupin, and he was there to guide Harry through one of his darkest years at Hogwarts: Year 3.

Something wicked this way comes! 🎶 Ribbit 🐸

Prisoner of Azkaban (Year 3) is my favorite HP film, and my older sister’s. Heck, it’s my little sister’s favorite movie, period! She is obsessed with the dementors, and says I should be one for Halloween… Annd I’m considering it.

Prisoner marks a tonal shift in the series, away from the jubilation of Chris Columbus’ first two films, and into the darkness. Newcomer, Alfonso Cuaron (Yeah, the guy who’d go on to direct Gravity, which reeled in 7 Academy Awards in 2014) and the other filmmakers accomplish this transformation masterfully by letting the story’s central theme, Fear, seep into the fabric of every set, costume, and character. The color palette is muted, and the characters sport vampire pale faces. The air is cold and the sky is grey. Basically, the whole production just envelopes you in one big strange autumn blanket. 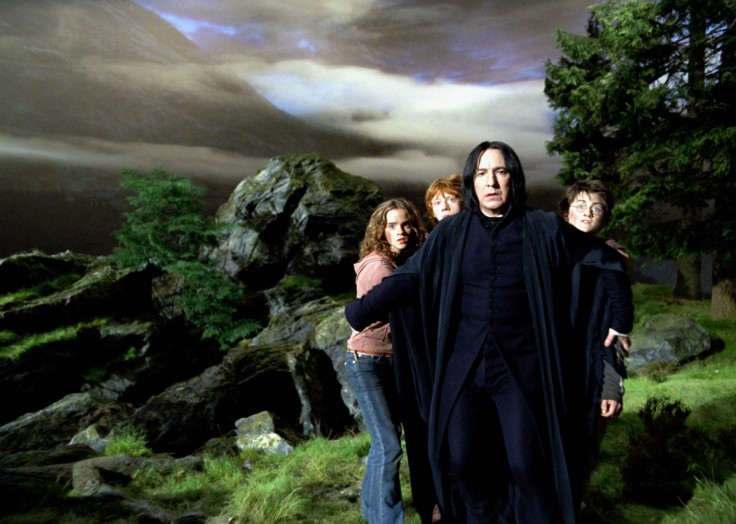 But what truly makes Prisoner the perfect choice for your Halloween movie night is the creepiness factor.

There are witches, and werewolves under a full moon, and a little talking voodoo doll head that berates a delirious bus driver as he weaves frantically in and out of traffic in the wee hours of the night. There are toads, and cawing crows, and a masked executioner with an axe to grind. And a scary black dog that stalks Harry from the woods of Little Whinging.

Did I miss anything? Oh yeah, there’s a murderous raging lunatic on the loose who wants to kill Harry! His name is Sirius Black, and he has escaped from Azkaban prison.

Then there are the dementors – gliding black banshees which are not only frightening in appearance, but induce dread and paranoia in whomever crosses their path. They are literally, and metaphorically soul-sucking. 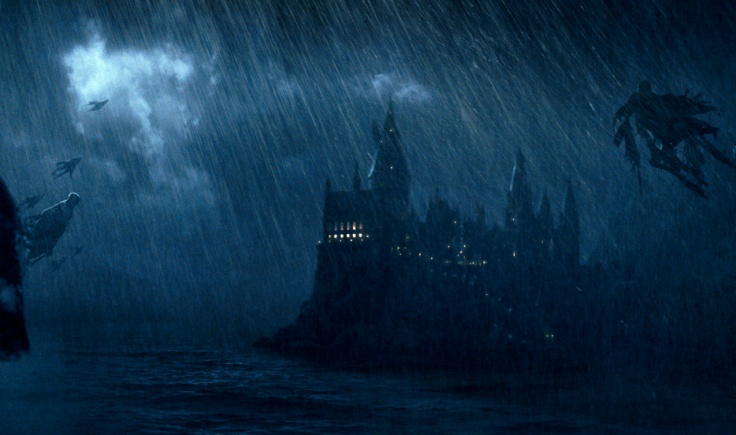 Harry’s friend, Ron Weasley describes the experience of encountering one onboard the Hogwarts express, “I felt weird though, like I’d never be cheerful again.”

Most of us have felt this way at some point, or even often, as though nothing in the world could bring you joy. It’s a scary feeling, is it not? But the wisest wizard of them all, Albus Dumbledore, has something to say about the emptiness:

“Happiness can be found even in the darkest of times, if one only remembers to turn on the light.”

What is the light for you? Think of a happy memory, and hold on to it tight.

Now, dementors also force us to relive our worst memories. When Harry first encounters a dementor, he hears a woman screaming in his head. And guys, at this point in the story it becomes abundantly clear, this isn’t Chris Columbus’ joyous rendition of Harry Potter anymore, this is dark stuff. The woman screaming is Harry’s mother, as she is being murdered by Voldemort when Harry is a baby.

The first time Harry hears it, and many times after, he is paralyzed with fear. Fortunately, professor Lupin is there to save him. Remus Lupin, Harry’s new Defense Against the Dark Arts professor, is a wizard of great compassion. He recognizes Harry’s depression, and offers Harry private lessons to teach him how to conjure a patronus charm – a difficult spell that shields a person from the dreadful soul suckers.

The reason the incantation is so difficult is because the conjurer must simultaneously visualize a memory of true happiness. More importantly, he or she must feel it, head to toe. Not easy when the dementors make you feel as though you were falling into an infinitely deep black hole of despair.

What memory or feeling would allow you to conjure a patronus? What is the light for you? Is there some memory, movie, person or pastime that invariably brings you joy? I realize that question is nearly as personal as the question of what is the dark. So you need not respond here on this blog if you don’t feel comfortable. But think about it.

Also, a full-bodied patronus charm assumes the form of an animal. For example, Harry’s is famously a Stag; Hermione’s an otter, and Luna’s a hare. Which animal would your patronus resemble?

This concludes EFC’s production of A Harry Halloween. Catch up on the other episodes below if you’re interested:

Harry Potter & The Prisoner of Azkaban