Feat. The Music of Lou Reed

“I like to remember things my own way… Not necessarily the way they happened.”

I was halfway through my 2nd viewing of David Lynch’s Lost Highway (1997). It must have been daytime, for a narrow ray of sunlight shone through the barricaded window of my apartment living room, which now resembled Plato’s cave. I was a prisoner in this artificial nocturne of my own device. My only knowledge of the outside world came via the shadowy figures on the television screen in front of me. 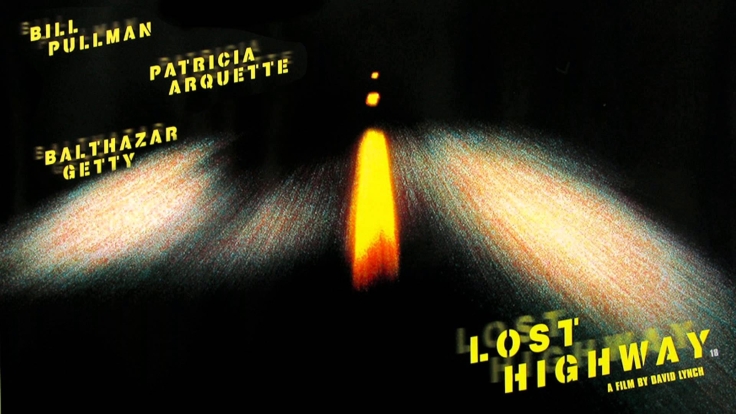 If you are at all familiar with the work of David Lynch then you know this is a recipe for insanity. If your goal is to attain a better grip on “reality,” do not ever, I mean EVER trust a David Lynch movie to do the job, or rely upon the testimony of any of his characters.

Alas mental stability was not my goal. Recent successful, reality-based social interactions with co-workers, friends and family had afforded me the opportunity for some psychological playtime. And I was making the most of it.

Indeed I had barely eaten since the night before, when I also first watched the film. I was now wild-eyed and pasty-skinned, sporting an unkempt Eraserhead hairdo. If you had been there you might have thought I was in the midst of a full-blown psychological crackup. I was not. However, sitting there in my cool leather recliner, pulling my hair out in the dark, it sure felt like I was getting close to one.

Trying to figure out the plot of a David Lynch movie can be like trying to catch smoke with your bare hands. Lost Highway is no exception. The plot does not add up, at least not neatly or objectively – in a way that every viewer can agree upon – the way I would like it to be most of the time. The roads between separate characters and story arcs do not converge at a single location like they do in similarly disjointed, achronological films of the same time period such as Pulp Fiction (1994) and Memento (2000). If there’s an equivalent Pulp Fiction Diner in Lost Highway, I have yet to find it. I could guess where it is, but I’m afraid that guess would be based on little more than pseudoscience.

As I sat there frustrated in my chair, halfway through my 2nd viewing, I gave up and googled it. The first and only link I clicked was this 2/4 star review by Roger Ebert: http://www.rogerebert.com/reviews/lost-highway-1997

I read only the first paragraph and let my phone and arm fall to the chair together as satisfaction cascaded over my mind and body. I read:

David Lynch’s “Lost Highway” is like kissing a mirror: You like what you see, but it’s not much fun, and kind of cold. It’s a shaggy ghost story, an exercise in style, a film made with a certain breezy contempt for audiences. I’ve seen it twice, hoping to make sense of it. There is no sense to be made of it. To try is to miss the point. What you see is all you get.

Firstly, my impression of the film is less critical than Ebert’s. Secondly, I felt vindicated by what Ebert had to say about figuring out the plot. “To try is to miss the point.” I knew this already. Why had I doubted myself? I’ve seen enough David Lynch films to realize this. Fool me once, David Lynch… Yet I had once again allowed myself to become so obsessed with the plot that I passed by the real treasure, which lies in the sheer emotional stopping power of the individual scenes.

Like the early sex scene between Arquette and Bill Pullman’s character. Plot wise I’m not so sure this isn’t the most important scene in the film. But I’m only going to talk about the scene itself. Lynch has said, “Sex is a doorway to something so powerful and mystical, but movies usually depict it in a completely flat way.” In this scene, Lynch takes what in most movies would be an ordinary sex scene between a married couple and, through subtlety and nuance, turns it into pure psychological terror.

“Sex is a doorway to something so powerful and mystical, but movies usually depict it in a completely flat way.” -David Lynch

We are made to see the scene from Arquette’s perspective, and then she is relegated to the role of an observer. She is trying to connect emotionally with her husband and he is emotionally absent. She’s been down this road so many times before, she knows exactly what’s going to happen. He finishes, while she never leaves the starting gate. She pats him on the back and says “It’s ok” and now he’s the one terrified because he has failed to please her.

Honestly, who hasn’t experienced this situation from at least one side or the other? The scene makes me think, sex is really not like it is in the movies. It is a big risk, emotionally speaking. In real life most people have struggled in the bedroom at some point or another. Lynch is of the minority of filmmakers who seem to have the balls to tell it like it is. In doing so, Lynch changes the way we think and feel about this subject in the first place, at least insofar as how it is portrayed in the movies, as going off without a hitch.

Then there is the breathtaking scene in Pete’s (Balthazar Getty’s) garage where he first lays eyes on a reborn, white-gold haired, Patricia Arquette, reminiscent of Michelle Pfeiffer in Scarface (1983). She gets out of her Old Man’s (Robert Loggia’s) Cadillac in slow motion to the tune of Lou Reed’s “This Magic Moment” on the soundtrack. An ominous, ethereal bass tone sounds underneath a country-western rock guitar jangle that bounces between an E major chord and its relative C#minor. This chord progression is to my ears one of the most beautiful in music, certainly on the guitar.

This song, Paired with Arquette’s knockout, irresistible physical attractiveness – it’s just not even fair. And then the scene melts into a warm orange sunset and a picturesque California hills skyline, as if any of that by itself weren’t enough.

The beauty of Lost Highway lies not at the end of the road, so to speak, but along the road itself. And this beauty is worth the cerebral agony inflicted by the seemingly unintelligible plot. It’s also worth enduring the seedier elements of the film. This film is sexual and violent. But that’s not why I like it. I like this film for its atmosphere and because it made me think. But most of all, I like this film because it made me feel something. Here at Experience Film that’s worth more.

Experience This: Reborn, “This Magic Moment” by Lou Reed