“But let me make one thing very clear. You are not going to pass off your many ineptitudes on the students of Hogwarts. I shall not permit it.“

Hi, and welcome back to A Harry Halloween: EFC’s ever slow developing 2017 Halloween project. Thus far I have discussed only one out of the seven HP films I hoped to cover before Halloween. Now it appears I may only get to one more film, but not before leaping off on this present think piece tangent.

Now, Tenured fans of the Harry Potter series know the Defense Against The Dark Arts teaching position is one of the most, if not THE most important faculty posts at Hogwarts. It is also a revolving door.

Each and every year a new professor fills the position, and most fail miserably at teaching Harry and his classmates how to survive in world that is fast succumbing to the influence of dark magic.

Let’s thumb through a few of these impotent professors’ files, and gripe “C’mon man” after each, in the spirit of ESPN and NFL Sunday, shall we? 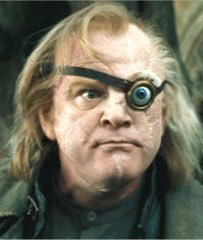 Year 4: Mad-Eye Moody – The Greatest Auror there every was, boasting more career arrests of Dark Wizards than any other. But wait, no, it’s not actually Mad-eye Moody; it’s an imposter! A death eater (puppet of The Dark Lord) named Barty Crouch Jr., who disguises himself with poly juice potion, and tries to lure Harry into Voldemort’s death trap. Seriously, Barty Crouch Jr? C’mon man! 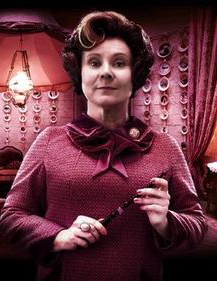 Year 5: Dolores Umbridge – An ambassador of the corrupt faction of the Ministry of Magic (The Wizarding Government), who is sent to Hogwarts to undermine the authority of headmaster, Dumbledore, and to ensure Harry and the other students do not receive the education which would be necessary to pose a threat to the established order of the ministry. As DATDA professor, she does not let her students use their wands. She, like Minister, Fudge, denies that Lord Voldemort has returned, and uses this denial as an excuse to pacify her students, for there is nothing they need defending against. Seriously, Dolores? C’mon, wo…man, get real.

Year 7: Amycus Carrow – By year 7, the floodgates of Darkness are wide open. The fact that two of Hogwarts’ professors, a dark brother and sister duo, were death eaters was known to everyone in the school. However, it would take a coup lead by Neville Longbottom, leader of Dumbledore’s Army, and Professor McGonagall, to overthrow them. C’mon man! 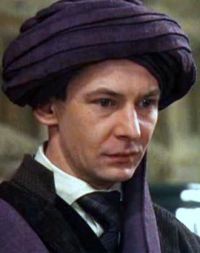 And now my personal favorite: Year 1: Professor Quirrell: Is supposed to be teaching children how to defend themselves against the dark lord… turns out to have the Dark Lord physically LIVING INSIDE OF HIM. W-T-A-F, Professor Quirrell!? C’mon man!

Considering the irony of how many of these DATDA professors seek to achieve the exact opposite of what they are supposed to, is author, J.K. Rowling using the DATDA teaching position, and the impotence of its incumbents as a metaphor for some shortcoming of our real life education system, perhaps?

For example, in your country is an equivalent real-life Defense Against The Dark Arts course even offered to your children? Whereby they can learn to defend themselves in any capacity?

Here in The United States, at least, Corporations have seized control of our democracy, and are actively sabotaging the U.S. public education system, as well as every other government department and all programs aimed at bettering public health and the needs of the poor and suffering.

This process has been going on for many years, but now, in 2017 it could not be more obvious. Since Donald Trump took office at the start of year, the interests of his cabinet appointments have almost all been antithetical to the duties of their respective positions.

Amidst the bad, Harry did have one really good DATDA professor. I can’t wait to tell you about him in the next post: Harry Potter & The Prisoner of Azkaban: Cuaron’s Dive Into The Dark

Thanks for reading. I hope you share your thoughts below!

Catch up on the first two episodes of A Harry Halloween below if you missed them:

EFC Presents: A Harry Halloween: The Story of J.K. Rowling

9 thoughts on “Defense Against The Dark Arts Professors; C’mon Man! -_-”